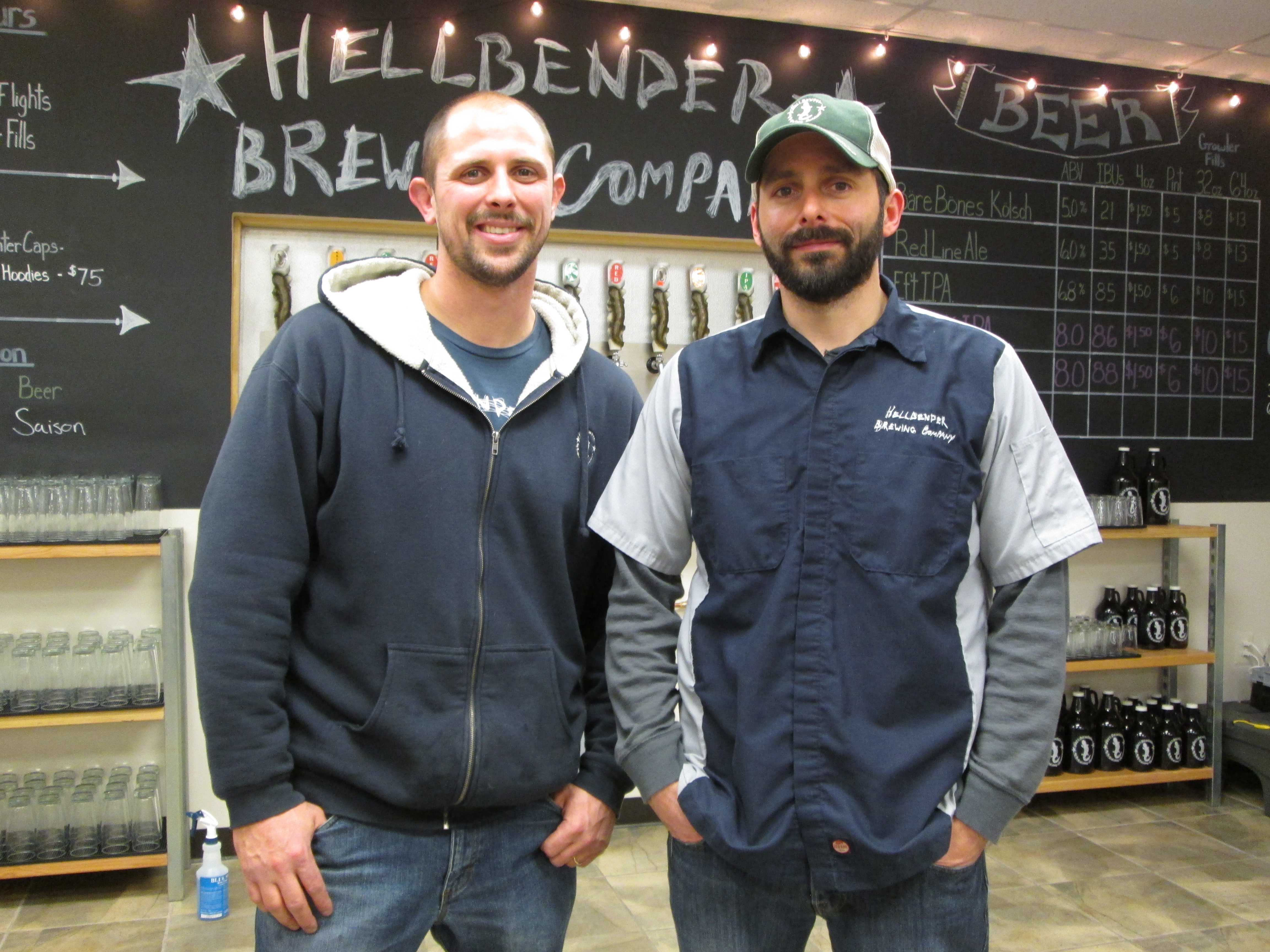 We found the second domestic brewery, ever, to have a small-scale, high-efficiency brewing system, right in our backyard. If you want to brew like the big brewers do, now you can, and the guys at Hellbender Brewing Company will show you how. Making beer has become more than a simple brewing of ingredients, it has become a craft, a perfect science, if you will. Brewery founders, Patrick Mullane and Ben Evans at Hellbender Brewing Company in Washington D.C. take great pride and passion in the method and taste of the beer they brew with their high-efficiency equipment. The two have been brewing together for ten years, taking a long existing tradition and refining it. Meura, the Belgian company that makes Hellbender’s hammer mill and mash filter systems has only recently scaled them down TEN TIMES smaller than the previous smallest system, so they could bring the systems to craft brewers in the US. Evans shared that many of his favorite Belgian beers are made on these systems, so it didn’t take him much convincing when he heard they were becoming available in the US. Their Belgian-made hammer mill and mash filter systems are not only cost, time, and taste effective, but environmentally friendly as well. And the Hellbender brewers care about the environment—kudos to them!

Evans enlightened us on ways the brewery saves time, energy, water and grain with their mash filter technology. “Our most immediately noticeable saving comes from using 15-20% less grain than with a traditional brewing system,” Evans says. “We are able to extract about 96-98% of the sugars from the grain in roughly 30 minutes in our mash, compared to 85% in an hour with a traditional brew house.” The method begins with crushing grain, in their case either barley, wheat, or sometimes rye, into a fine powder. The powder is then combined with hot water in the mash tun and held at a specific temperature for at least 30 minutes. 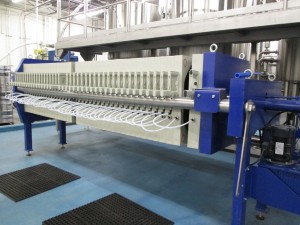 The result of that process is a thick, sugary, oatmeal-like solution that is then pumped through the mash filter to strain out the grain husks. “Our mash filter presses the grain once it has been rinsed with sparge water, so our spent grain drops out of the filter pads looking more like pieces of particle board made of barley/wheat. This makes it much easier to clean,” Evans stated. One of the brewery’s eco-supporting decisions was partnering up with the American University Office of Sustainability to identify local famers and provide them with the spent grain to be used as livestock feed and compost. “The mash filter process makes the grain more convenient for their farmer to pick up for animal feed because he is not transporting grain that is completely water logged.” 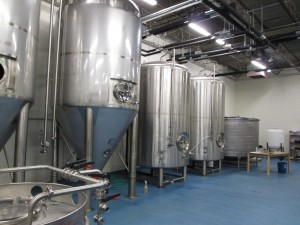 Once the grains are removed, the sugary water (wort) is boiled for at least 60 minutes in the boil kettle. Hops are added throughout for bitterness, flavor, and aroma. Once the boil is finished the wort is pumped into their whirlpool to spin, leaving the hops in the center of the vessel while the liquid flows out through a chiller and into the fermenter. The yeast that is then added to the liquid in the fermenter eats the sugars to form alcohol and CO2. The conversion of sugar to alcohol takes about a week, but the beer is given an additional week or two in the bright tank for conditioning and maturation. After thorough testing for consistency, the beer is kegged and distributed. Right now Hellbender’s beer is only distributed locally, but when you’re in the D.C. area, you can grab a cold glass of these unique brews in 35 locations, or, go taste it right at the brewery! 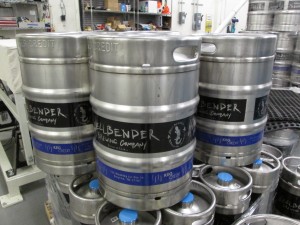 Evans also told us neither he nor Mullane have found any disadvantages to the equipment and method they use. Their equipment is able to brew four batches in the time normal brewing equipment would take to make three, and their mash and sparge takes about half the time of a traditional brew house. “A stuck mash is a brewer’s worst nightmare because it means he is not getting any filtration and the batch may have to be scrapped. Since there is no such thing as a stuck mash because of the mash filter process, we can actually brew beers that no one else can make. We could brew 100% wheat or 100% rye beers, and we can also brew with raw barley or wheat. When brewing with wheat we actually get higher yields,” Evans reports. “We are brewing our first high wheat content beer as a collaboration with Lost Rhino Brewing Company from Ashburn, VA in the first week of April. The beer will be a 90% wheat, open fermented Dunkelweizen, with all of the color coming from darker wheat malts. It will be out to bars in DC sometime in early May.” 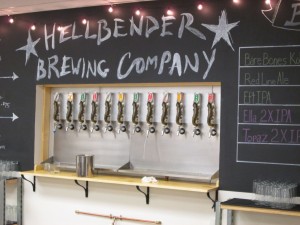 On the name of the company, “Hellbender Brewing Company was named after a local/regional endangered salamander, the largest in North America. I knew about hellbenders since I was a little kid, and Patrick and I both agreed the name had a really cool ring to it, but we also wanted to have a local name without being too obvious, and we wanted that name to reflect our environmentally friendly image,” explains Evans. “We have also had the privilege of working with the Smithsonian National Zoo to raise money for their endangered Appalachian salamander exhibit, which will include the 18 juvenile hellbenders that are currently housed in the reptile house. We also just screened several independent films about hellbenders (The Last Dragons), and other Appalachian ecology this week.”

“Every time Patrick or I travel somewhere, we always love to try the local beer. We are ultra-local right now, but we would love to see our beer become an established brand locally with distribution throughout the region,” Evans shared. “I think that we have a wonderful, technologically advanced brewing system, and I really want people to know about that, but more than anything I want people to love our company because they love the way our beer tastes.” The brewery offers tours, tasting times 4 days a week, and fills personal growlers. More information can be found on their web site. We’re hoping to catch up with the Hellbender team at the Beverage Business Expo in October on their home turf in DC.—Amanda Webber