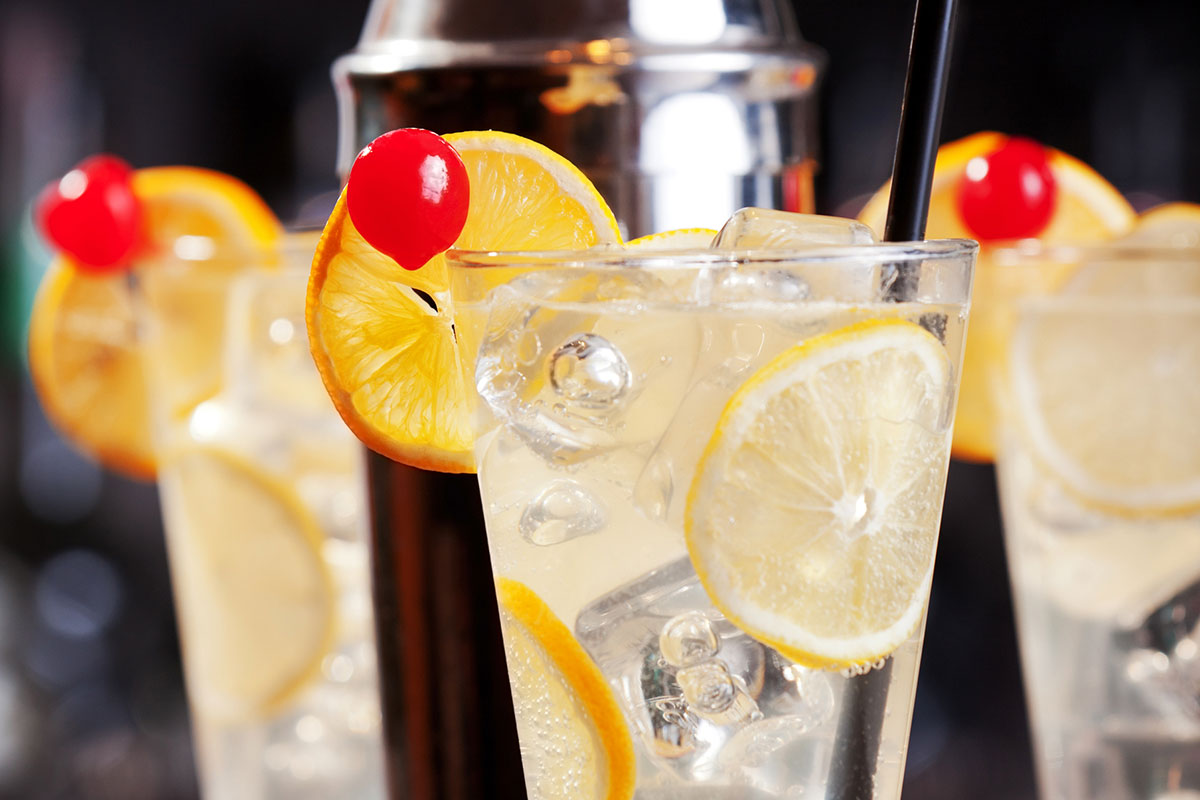 30 Apr Have You Seen Tom Collins?

Friends make jokes, good friends laugh at each other’s jokes, but great friends make jokes on each other— and if you’re lucky, a cocktail is born from it. The Great Tom Collins Hoax of 1874 became a phenomenon all due to one fellow who decided to play, what started as, a little prank on his bar buddy. The man would ask his friend, “Have you seen Tom Collins?” Confused, his friend would reply that no he had not, and in fact he didn’t even know who this Tom Collins is. The man would then say, “Well you’d better go seek him, for he is calling you hard names all around town.” The friend would go on to the next bar asking the bartender (who was in on the joke) for Tom Collins. The bartender directed him to a stranger in a corner (who was NOT Tom Collins), and when the friend approached him, the stranger would deny being Collins. This made the friend lose his temper, and as a result, the bar erupted with laughter. The joke spread all over town and eventually to other states. It became so popular that newspapers even started to print false sightings of Collins. The tale goes on to say that a bartender named a drink Tom Collins so that when people would come in looking for him, they were unknowingly ordering a drink. However, after embarrassingly running around town in search of a person who was in fact non-existent, a drink is probably exactly what that fellow needed.

Here is how you can make the drink with no man-hunt or humiliation required:

Shake the gin, lemon juice, syrup, and ice in a cocktail shaker. Strain over ice into a Collins glass, top with the soda, and stir. Garnish with an orange slice and cherry.