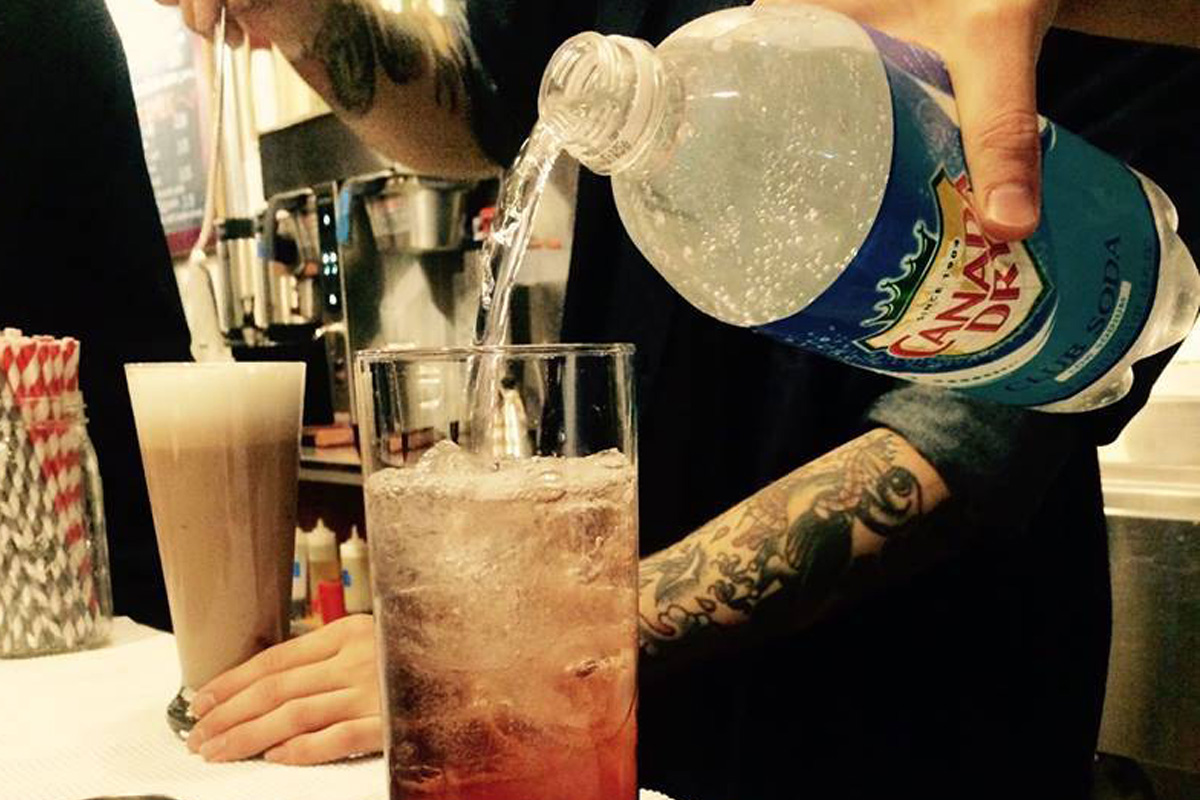 It’s cheaper to drink at home. But where’s the fun in that? It’s the social environment of a bar that entices us out of the house on the weekend. So where do you go for a lively night out if you don’t want to drink alcohol (or watch others get sloshed)? The Mighty Good Coffee Shop in Ann Arbor has one answer to that question. This Michigan coffeehouse has been hosting a pop-up dry bar event (think dry county) every other Saturday since January, after meeting great success from two test events in December. In fact, there was so much success at the opening that lines were out the door for most of the night. The event, named “Brillig Dry Bar,” offers a completely non-alcoholic drink menu, live music, games, and snack options meant for sharing among friends. 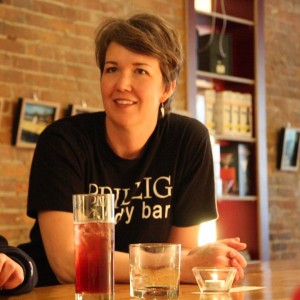 Nic Sims, whose husband owns The Mighty Good Coffee shop, says they were thinking, “Is there anything we can do to make the business work harder for us at night or on the weekends?” Sims had been reading about a completely sober bar called So! Bar and Eats in the UK, and said to her husband, “We could open a sober bar.” Nic and her husband started discussing what that would look like for them, and felt it was a concept they could really connect with. “We are a part of the recovery community; we know a lot of people in recovery,” Sims shared. “And we knew that a lot of people want to go out on weekends, and don’t want to deal with the trappings and temptations of a real bar environment.” Beyond those in recovery are individuals who don’t drink due to pregnancy, being underage, religion, health reasons, or simply little interest in alcohol (which covers about 1/3 of the adult market). No matter the reason for not becoming a customer of a typical bar, Sims wanted to create a worry-free space people could be excited about.

The name Brillig comes from the 1871 poem “Jabberwocky” by Lewis Carroll. “The whole concept of Brillig is very personal to who I am in many different ways,” Sims explained. “One, I was an English major, so it’s just part of who I am. The Jabberwocky is this dragon, this predator, this demon, and a little boy is the one who slays him. And at the end there’s a celebration of this boy slaying the Jabberwocky. So part of Brillig is about everyone having a demon, or something they’re struggling with or dealing with, and this is the place where you’re safe. It’s all about the celebration of things. Come in, leave the Jabberwocky outside, and have a good time.” 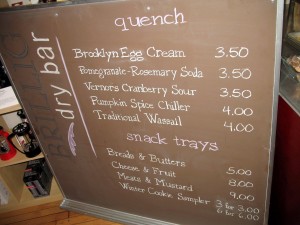 Drinks on past menus include an egg cream and a pomegranate-rosemary soda (the menu board reports a price of $3.50 each). The Vernors Cranberry Sour (also $3.50) is a tribute to Michigan’s favorites, as Vernors ginger ale is popular in the state. Michigan native or not, the diverse drink options keep patrons refreshed and cause no regretful alcohol-induced decisions. The shop also features seasonal drinks. “In the winter, because it was around Christmas time, we had a Wassail. It’s a traditional old English beverage, a mixture of fruits, juices, hibiscus flowers, and winter flavors. And then in the spring I made a drink called Aloe Spring, which is aloe vera juice, tonic water, and frozen lime juice.” Yum!

Sims says they will be using their experiences with past events to help put together future menus. “We’re testing the market. So what do people like, what do people respond to, how frequently can we change the menu and have it make sense to people? And how sustainable can it be, having limited time in my life?” 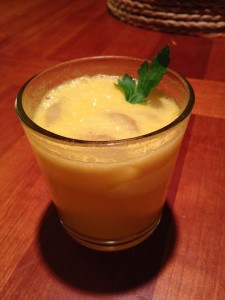 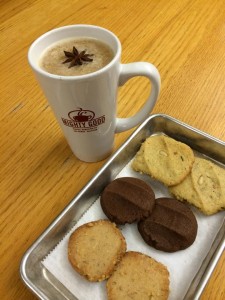 Meanwhile, Brillig is taking a summer vacation to regroup. “We’re going to work on marketing better, because people are struggling with the idea of every other Saturday. Yelp! doesn’t allow you to put part time hours in,” Sims pointed out. “A lot of platforms that we use to communicate when we’re open don’t allow for infrequent events. We’re trying to figure out what are the right ways to reach out to people so that they consistently know where we are and when we’re open. You know, exploring text messaging for people who want to be messaged in that way.” The event will pick back up in the fall, with new and diverse entertainment pleasing to different crowds. Because of the coffee shop’s close proximity to The University of Michigan, the fall time brings a lot more population to the area. “Surprisingly to us, we are very student based, both undergraduate and graduate,” Nic said. “It’s really fun. We have a gaggle of young girls come in, six or seven young beautiful women, dressed to the nines who want to go out and have a good time, but they don’t want to get hassled. I should start telling the young men, ‘Come to Brillig because there are a lot of fabulous young women here!’”

As a twice-monthly pop-up, Brillig may be more of a passion than a business model today. But that doesn’t mean this dry bar doesn’t offer food for thought. For one, there’s a small but enthusiastic demographic that clearly feels underserved. I suspect they feel the same in your community as well. Two, care and attention can elevate the often mockable mocktail into a well-balanced beverage offering. Maybe there’s a place on your menu for a thoughtful option designed for this overlooked demographic. It’s not just teetotalers that might be interested in a fun, dry drink. Think about sales to customers who are hanging back because they’ve hit their limit, those sobering up for the drive home, and the put-upon designated driver. And three, independent coffee houses, juice bars, and teashops might discover after-hours potential by copying a page out of this playbook. It drives a new and enthusiastic crowd through the doors and might perk up revenues in a time slot when the sign usually reads “closed”.— Amanda Webber