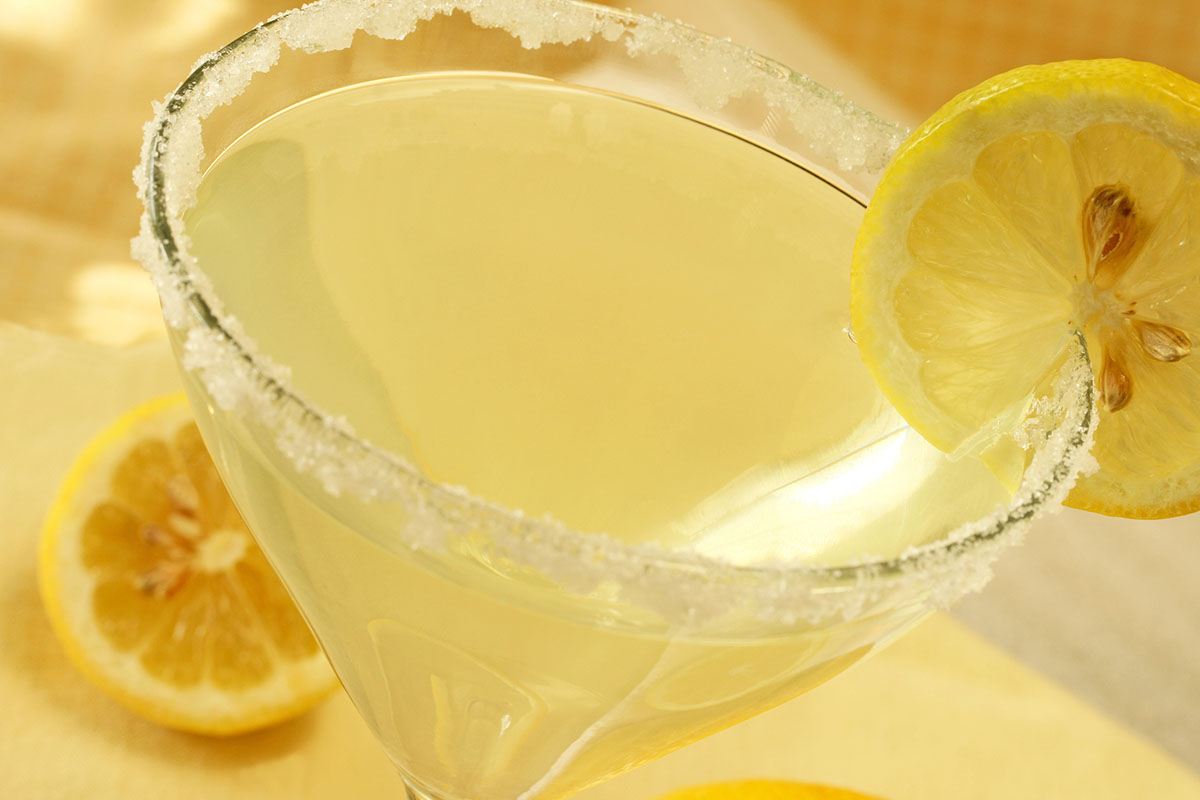 Just a spoonful of sugar helps the medicine go down…or balances out half an ounce of sour, fresh-squeezed lemon juice and vodka. The lemon drop martini is the perfect blend of a vodka kick, acidic tang, and sugary sweetness, and one of the most popular drinks in the bar world. Rumor has it that it started on the west coast in San Francisco in the 1970’s. Henry Africa’s, a popular singles fern bar, was known for popularizing so called “girly drinks,” such as the Lemon Drop Martini. The bar closed down in 1986, but not before sending this easy and delicious cocktail out into the world—and spawning many variations. While it’s unlikely to make a cowboy bar’s top ten, it’s decidedly more mainstream than girly today.

The best part about the era that created the LDM is that using simple and fresh ingredients in cocktails was the norm, not all the pre-flavored and syrupy substitutions we’re still recovering from. Although some cocktail connoisseurs criticize vodka for lacking distinctive flavor in a mix, that neutral start makes it a great base for enhancing almost any flavor you can imagine. The lemon drop’s sweet-tart flavor, when properly crafted, is refreshing and easy to sip (resist the urge to over-sweeten it!). With summer in full swing, let’s toast Henry Africa’s with three cheers through puckered lips.

1 ½ oz premium vodka of your preference

To prepare, chill martini glass. Then rub the rim of the glass with a lemon wedge and dip the glass in regular sugar to create a sugared rim.

Mix the vodka, superfine sugar, and lemon juice in a shaker half-filled with ice; shake until well blended. Pour finely strained liquid into sugar-rimmed martini glass and garnish with lemon wedge or twist.

Another classic way to simplify the preparation of the lemon drop is to infuse your own lemon vodka. An easy-to-follow recipe can be found here. If it’s popular enough for Martha Stewart to feature, you can count on your customers appreciating it. When preparing a martini with the citrus infused vodka, simply mix the vodka with superfine sugar, skipping the lemon juice, and pour it into your chilled, sugar rimmed glass. Squeeze the juice from just a lemon wedge into it for a burst of aromatic enjoyment, and garnish.